Judaism, Christianity, and Islam: Which Religion is More Blood-thirsty? 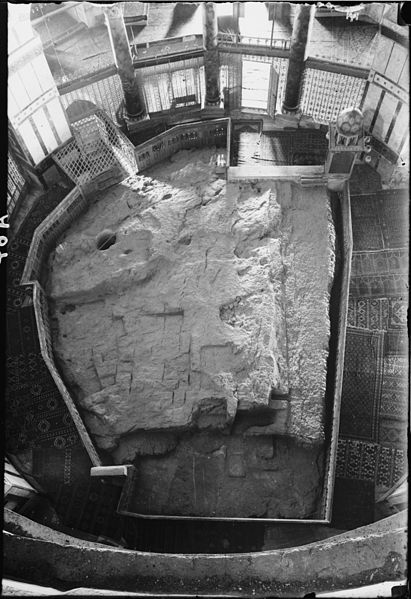 I read an article about a project analyzing which of the three great Middle Eastern religions is more blood-thirsty. It said, in part:

Fifty-eight percent of Americans have an unfavorable opinion of Islam. And with that comes a laundry list of misinformation about the faith’s holy text, the Quran.

But a recent project by data analyst and research marketer Tom Anderson turns one common misconception on its head: that the Quran is more consumed by blood thirst than the Christian Bible. Using text-analysis tools developed by OdinText, Anderson determined what percentage of the Bible was devoted to discussion of violence and then compared those results to that of the Quran.

What’s your take on this?

One of the thoughts that I’ve had is that these three “books” — the Hebrew Scriptures, The New Testament, and the Quran — are not really comparable as literary works. The Christian and Hebrew scriptures are libraries with more than one kind of literature. There are histories, sayings, poems, novels, and stories to explain creation and the nature of God’s constant activity in human history. The first five books of the Hebrew Scriptures, The Torah (the law or teachings), chronicle not only creation but also battles with Pharoah and other empires, as well as skirmishes with other tribes and the struggles within the tribes of Israel. These struggles are even woven into the second part of the Hebrew Scriptures: the Prophets. These ancient writings, which inspired both Jesus and Mohammed, deal with more violent content as well as vulgar language, nudity, and sex. The key is focusing on the message. To love God is to love your neighbor as yourself. Judaism and Christianity are religions of the heart in which God saves people from themselves if they are open to love and goodness — God’s grace. Ethical behavior follows from this conversion of the heart.

The Quran is the work of the Prophet Mohammed and is not an edited collection of different types of literature from different times, languages, and cultures. Islam is a religion of ethical behavior which causes and shows your submission to the one God and His Prophet. Believers follow a set of rules and earn their salvation. One of the big messages is that everyone is to submit to Allah and observe his commands. Love, justice, and mercy figure into the equation. Just like Christianity, you can interpret Islam to justify violence, conquest, and exploitation. The big difference is that Islam responded to persecution in its early years by armed resistance. It also spread in the West with the Arab conquest of North Africa and Spain.The other difference is that Islam did not blend with other cultures as easily as Christianity did under the influence of St. Paul.

Returning to the original project you cited, we might consider looking at other works of literature using similar criteria. For example, if you were to run a simple word search for violence or themes of violence, you would find abundant examples of it in Gone With the Wind, War and Peace, and Mein Kampf. But what are these works of literature saying? How are people interpreting or “reading” them?

Jihad was originally a concept of a Holy War of self-defense to protect the young Islamic community. Suicide is not acceptable within Islam, but somehow suicide bombers have come to be considered as martyrs by some. Many Moslems object to this. Jesus said “love your enemies,” but Christians have slaughtered, enslaved, and tortured people in His name. The big question is whether we are inspired by our religions’ bigger messages of peace and enlightenment or are we captives of the literal meaning of their words.

So … the truth of our faith is in our hearts and our deeds.

P.S. For those interested in a deeper analysis, an excellent history of the development of these three religious traditions is A History of God: The 4,000 Year Quest of Judaism, Christianity and Islam by Karen Armstrong.