What does “incarnate” or “incarnation” mean? 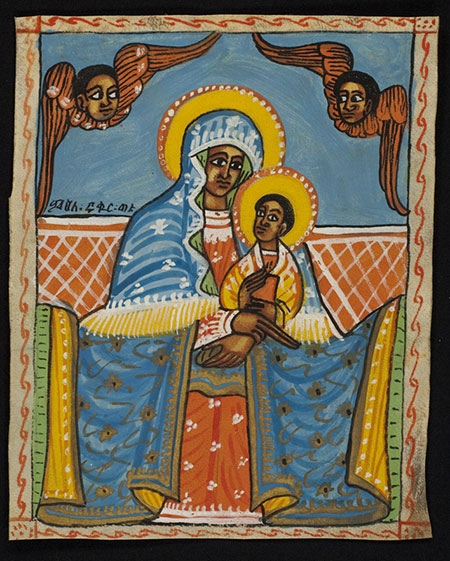 In the new translation of the Nicene Creed at Mass we say that Word of God “became incarnate of the virgin Mary.” What does “incarnate” or “incarnation” mean?

The answer to your question is laid out in two passages from Scripture. The first is the prologue or opening of St. John’s Gospel: “In the beginning was the Word and the Word was with God and the Word was God… And the Word became flesh and dwelt (literally, pitched His tent) among us.” For the second, we look to the opening of St. Luke’s Gospel in which we have the beautiful scene of the Angel Gabriel announcing to Mary God’s plans, hopes, and desires to be one with us again, and Mary says “yes” to becoming the Mother of God because as the Angel says, “Nothing is impossible with God.”

God’s fullest and most complete expression of God’s self is the Logos – a term we translate as Word. But the term logos in Greek really means the unique quality that makes something what it is. God’s logos or Word is that fullness of God’s self-disclosure which occasions the Holy Spirit — the infinite love between the Word and the unoriginated Originator, whom Jesus called the Father. This is the one God, the Holy Trinity: Father, Son and Holy Spirit.

When we talk about the mystery of the Incarnation we are reflecting on the perfect union of God’s logos with Jesus of Nazareth who, as a result, is fully human and fully divine. This is called the hypostatic union. The Word of God is made flesh and dwells among us.

It is not uncommon in many traditions for gods to have children with humans. The offspring of a god and a human, a demigod, is half human and half godlike. In the revealed mystery of the Incarnation we are not talking about Jesus as a demigod, as half human and half divine. Our belief is that Jesus, from the moment of his conception, was both truly human and truly divine. Human nature did not bring down or degrade the divine nature of the Word of God. Instead, the Word of God raised humanity to its fullest potential in Jesus.

Through our baptism into the death and rising of Christ and our anointing in the Spirit, we come to share in this divine life of the Trinity as redeemed humans, caught up in the Trinity of God’s Love. Our new life in Christ leads us to be part and parcel of the Incarnation — the mystery of God’s Word unfolding in our everyday human lives. We celebrate and affirm our life in the Trinity every time we bless ourselves with the sign of the cross.