Sacraments of Initiation – Coming Alive in the Holy Trinity 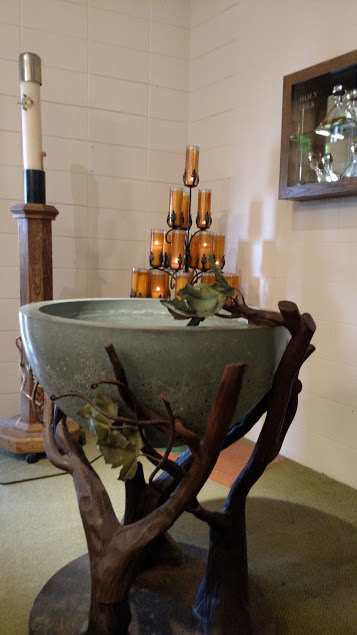 What are the sacraments of initiation? Someone told me that I was not a full-fledged Catholic because I have not been confirmed and I have not made my first communion. I thought that just being baptized in the Catholic Church made me a full member of the Church.

One third a Catholic?

You have already died and risen in Christ in your Baptism. Confirmation is about being anointed in the Holy Spirit. First Communion or Eucharist is about being a part of the Thanksgiving (Eucharist in Greek) banquet in which we are nourished and enter into the saving work of the Risen Christ. This  is really what it means to be a Christian. It is a call to community of those who have died and risen in Christ. It is being empowered and overwhelmed by the Spirit of Love. It is offering and sharing the communion sacrifice as a community that nourishes us and continues to save the world though our union with God’s ongoing saving activity. Basically, being a Catholic Christian involves our resurrection to a new life, being transformed by the radical love, being anointed by God, and sharing in and making real God’s ongoing saving of everyone from a final death, despair and hopelessness.

You are already part of the Mystical Body of Christ which is the assembly of all of the baptized. You are part of the world-wide Catholic family on earth and those who have gone before us in the Faith. Originally, people entering the faith were already grown and received the three sacraments at one time at the celebration of the Lord’s resurrection on the evening of Holy Saturday, the night before Easter Sunday morning. Entire families entered the Church and the family’s small children and babies also received these three sacraments. Over the centuries these sacraments got spread out over time for infants, small children, and even adults in the western or Latin church, as opposed to those ancient churches in eastern or Greek cultures.

In the west, the ancient Church of Rome is led by its bishop the Papa (father) or Pope as we say in English. By the turn of the 20th century the Roman Church in many parts of the world the order of the sacraments had been shifted. Baptism was for infants born into Catholic families. As children came to the age of reason or knowing right from wrong around age seven they went to confession or reconciliation to get their sins forgiven before they received their First Holy Communion. Confirmation was pushed off more toward adolescence. That is why many Catholics have not completed their initiation. Many times these sacraments are seen as ceremonies marking different passages in life. So some people talk about “collecting their sacraments” much like earning merit badges in scouting or collecting diplomas in education.

Sacraments are all about a profound encounter with Christ. In general, evangelical Christians do not claim to have sacraments in the Catholic sense. They focus on accepting Christ as their personal Lord and Savior as an individual choice or experience. This can happen at an “altar call” in a Christian assembly or revival, but the communal dimension of entering into Christ in his Mystical Body is often minimized. Since evangelical beliefs and practices as well as Calvinism are so strong in American culture, we often perceive of our journey in faith as something that is individual. In the tradition of the ancient churches the focus is on being called to encounter and live in the Risen Christ in the Christian assembly.

Since the Second Vatican Council (1961 – 1965) some dioceses (areas under the care of a bishop) in the United States have returned to linking the sacraments of initiation more closely. So some areas now have Confirmation at the age of reason followed by First Holy Communion.

As a fully initiated Catholic Christian, you enter more deeply into fullness of being alive in Christ. Sometimes people like yourself who have been baptized but have not received Confirmation and First Eucharist (Holy Communion) are put together with the un-baptized in the Rite of Christian Initiation for adults or RCIA. This can create some confusion since Baptism, even Baptism in another Church, makes you radically different from people who are not baptized. You might need a lot of the same instruction and the non-baptized may make you more aware of the beauty and meaning of the faith, but you are already part of the Mystical Body of the Risen Christ. Many parishes will provide a separate program to prepare you for confirmation and First Holy Communion.

Hopefully, you are part of a Catholic community or parish. You might want to check in with them to see how they can lead you to complete your full initiation.