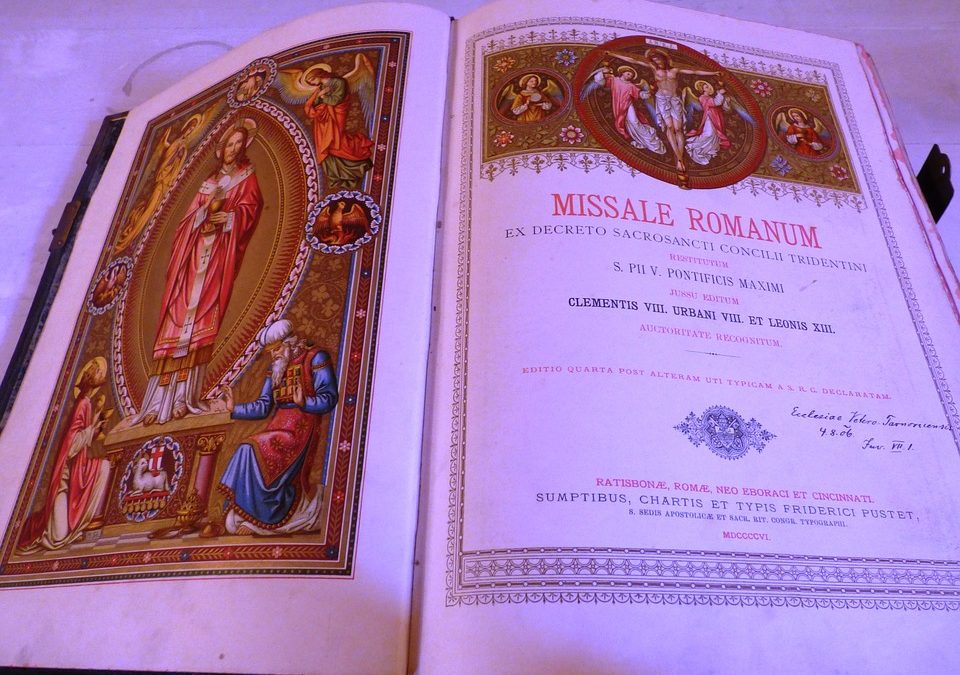 My son and I have a disagreement. Like many young people, he prefers to go the Latin Mass or extraordinary form as they call it.  I don’t like it because it is such a throw back to the days before Vatican II. I really find God in a rousing type of Mass. In Vatican II’s Novus Ordo, I feel like we are all in it together. My son likes the quiet, the candles, the incense and a language he can’t understand. He says that it makes him feel like he is touch with the majesty of God. Is there a common bond we can find?

Dad Dancing in the Aisles.

First of all, congratulations that you have a son who is so filled with faith and the majesty of God. Although we call the 1962 Latin Mass the extraordinary form, it doesn’t mean extraordinary in our sense of the word as better or “new and improved. It means that it is a permitted alternative. In other words, it is outside the regular or “ordinary” order of things. For example,  priests and deacons are the ordinary ministers of the Eucharist. When lay people are given permission to distribute the Eucharist they are, technically, extraordinary ministers.

Actually, you are both right. The liturgy of the Eucharist, the Mass, has both the transcendent or upward dimension toward God’s majesty AND the outward dimension of God Incarnate in the people who are all part of the Body of Christ. His dictis, (Latin for these things having been said), the official mainstream standard for the Latin (Roman) Church is the Novus Ordo or the Vatican II Mass. (Novus ordo means new standard or order.) The Vatican II Mass shows us that the Church is the people of God on their pilgrimage. Like the Israelites, we follow along a desert path led by God but finding Him in the struggles of engaging with contemporary life and culture.

The concept of the pre-Vatican II Tridentine Mass, the Mass from the Council of Trent in the 1500’s, is all about the Church as a monarchy having all of the answers. The priest can say the Mass all by himself without anyone present. Vatican I in the 1860s said that the Church is a “perfect” or complete society unto itself. It is self-contained and separate from contemporary society. Vatican II, which was essentially a conservative movement, went back to the early Church and St. Paul, which was all about reaching out to the unbelievers, the gentiles, and bringing them to Christ. Before the Emperor Constantine legalized Christianity, there were no church worship buildings, no high altars, and certainly not “pagan” type statues that could be taken for the idols all around them.

Vatican II reformed or renewed our approach to the liturgy in Sacrosanctum Concilium. (More Latin here for Most Holy Council.) Other major documents about the Church itself, Lumen Gentium  (Light of the Nations) and the church in the modern world Gaudium et Spes (Joy and Hope), are all in agreement that the God of majesty is present in Word (scripture) and sacrament (Eucharist).

The challenge in the Novus Ordo or standard Mass is to make sure that you can celebrate as a community led by the Deacon as the image of Christ the servant who proclaims the Word and elevated to heaven by the priest who is the image of Jesus, the Eternal High Priest, the Sacrament of God. The grace is to celebrate and manifest the “Jazz” of the transcendent God and the “Latin” (the majesty of God) in our communities in church buildings, the oppressed and marginalized, and in secular society, as well as the environment and all of the wonders of the night sky.

Here is a little more technical presentation about the upward and outward dimensions of the Eucharist.